A new year is always a good time for a new challenge. Dry January? Veganuary? I don’t drink a huge amount or eat a lot of meat anyway, but those options didn’t really appeal to me. Then I came across RED January – an initiative run in partnership with Mind, the mental health charity. RED stands for Run Every Day, but it’s also used in the colour sense to symbolise beating the January blues.

I was never sporty as a child because I’m small. That sounds ridiculous, doesn’t it? But because I wasn’t big, strong or fast, I didn’t get much encouragement, and I never felt motivated to get better. I always got a ‘tries hard despite her size’ kind of report and I was labelled, by others and by myself, as Not Sporty. (This was in the 1980s and 1990s, and I’m pleased to say my children’s experience of sport at school has so far been much more inclusive.)

It wasn’t all negative, and maybe, looking back on it now, I think there were signs that I had something in me. One of the top results in my class ‘beep test’; a third place in cross-country once, up with the ‘real’ runners. But these were clearly just blips, because I was Not Sporty.

As a student, I discovered aerobics – something I found I was actually good at. I got fitter and stronger, and it was about me, rather than about how I compared with my peers. This led me to gyms and other fitness classes in my early twenties, and I really felt like I’d found my place. I became someone who stood at the front of an exercise class, and properly sweated while cranking up the pace on the treadmill.

Then I remember trying to go on a run outdoors. Oh my. I couldn’t make it round the block without a walk! This was not a moment of enlightenment or the dawn of a love affair with running. Instead, it was rather hard work.

My ‘enlightenment’ came a little later, when I ran Cancer Research’s Race for Life alongside a friend from work. This was my first proper running event. We completed it in a respectable time and raised a decent amount of money through our colleagues. But the support and the camaraderie at the event were amazing, and this is when running started to give me a proper buzz.

Now, fifteen years on from that, having two children and a work-from-home job, my exercise habits have gradually moved away from the gym and out onto the pavements. It’s easier to go out of the front door when life allows me to fit it in, than being tied to a timetable and having a journey to the start line.

Running is now ‘my thing’. I go out three or four times a week, covering anything from 5K to a half marathon and occasionally beyond. Last year, I completed the Greater Manchester Marathon, which was an amazing experience. ‘But you’re so petite!’ someone said to me in astonishment after hearing that I’d done this. I’m sure I managed some sort of polite response, but inside I was quite astonished myself. People can so easily make a snap judgment based on what they think a sporty, fit person looks like.

So what challenges would this year hold for me as a runner? 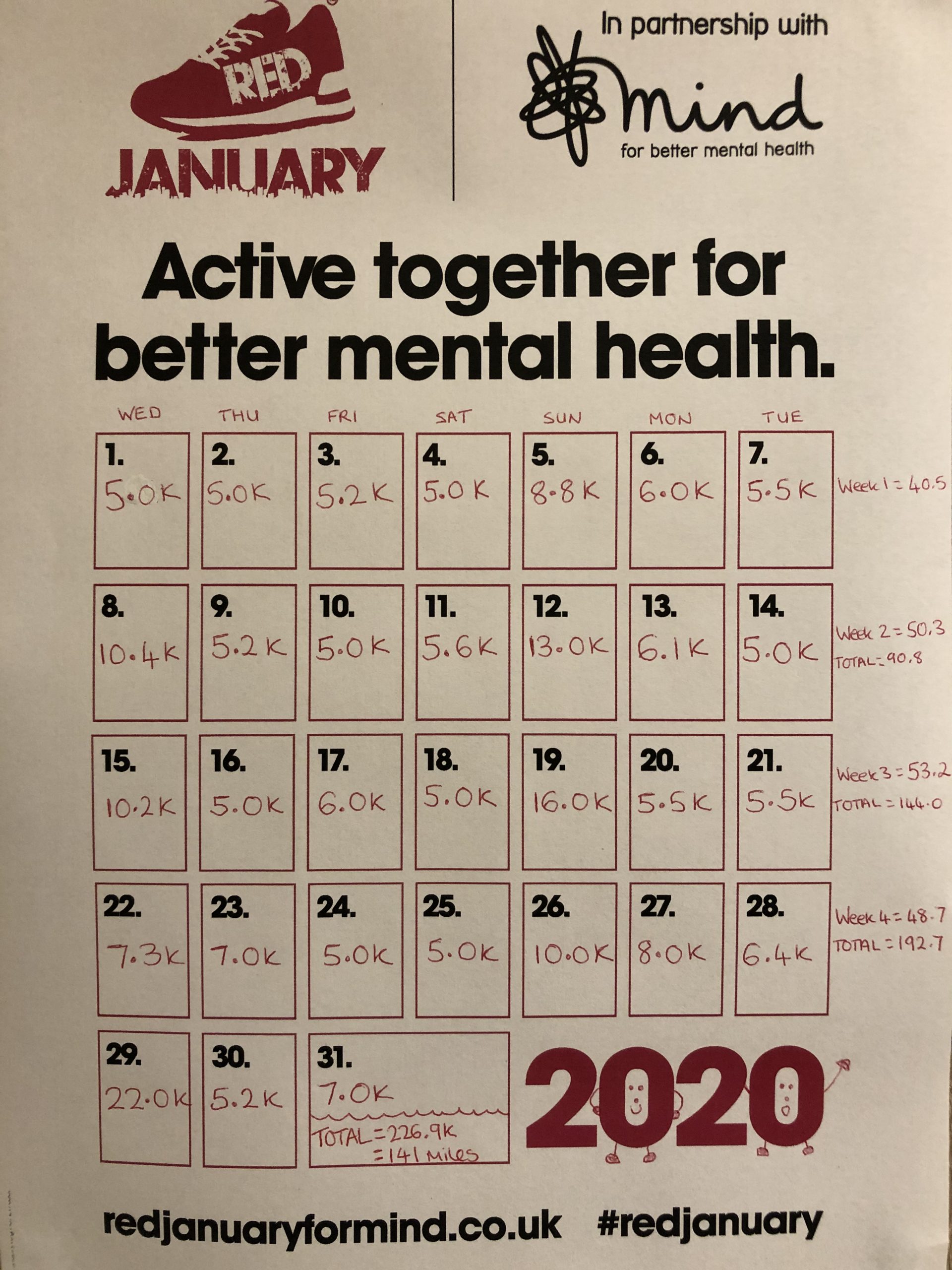 It was around 28 December when I first thought about doing RED January – not much time to dither over whether to do it or not. I went over all the caveats:

By 31 December I’d signed up and ordered a t-shirt.

On New Year’s Day I ran Leamington parkrun with my family. A record-breaking number of people turned up for the event that day, which was an amazing demonstration of how running and fitness can be for everyone. We were there with young and old, tall and short, lean and not so lean, fast and slow. Over 900 people gathered together in the park, all ready to start the year with some fresh air and exercise.

And on it went. Every time I got a bit more distance under my belt without completely breaking myself, I felt driven to do more. A 10-miler thrown in for good measure one Sunday. Could I even fit a half marathon into my last week? Okay then. My pace was a bit slower than usual. Sometimes this was deliberate, to be kind to my knees, and sometimes it was just because I didn’t have enough energy in me to go any faster. But I was never too far off the mark, and I surprised myself with what I was able to do.

Nobody can dispute the positive impact exercise has on physical health, but its impact on mental wellbeing isn’t talked about half as much. This is what Mind wanted to promote during RED January. Their website cites six ways in which physical exercise can be beneficial to our mental health:

Some of this comes about because of the hormones that our bodies release during exercise; some of it is about the ‘hit’ we can get when we achieve something; and some of it happens because we are giving our brains something to focus on. How often have you needed a walk ‘to clear your head’? Well, this is what is happening inside your body when you do that.

For me, running does give me that physical buzz. Not every time – sometimes it feels all wrong and I’m just pleased to have got out the door – but more often than not. It also gives me ‘headspace’. I run on my own most of the time and, although the world is busy around me, running gives me time for reflection and focus if I need it.

RED January worked for me in the same way my marathon training worked last year. I had an end goal that I could break down into daily steps, and I ticked them off one by one. As I achieved more of these daily steps, I started to set myself more ambitious goals. I learned that this is the way my mind works best, and I’m now thinking about how I can apply that better to the rest of my life. (Like the cleaning or doing an online shop. Regardless of whether or not I write these on my to-do list or set time aside, I amaze myself with how many other things I can prioritise. Guess what I’m supposed to be doing right now, by the way!) 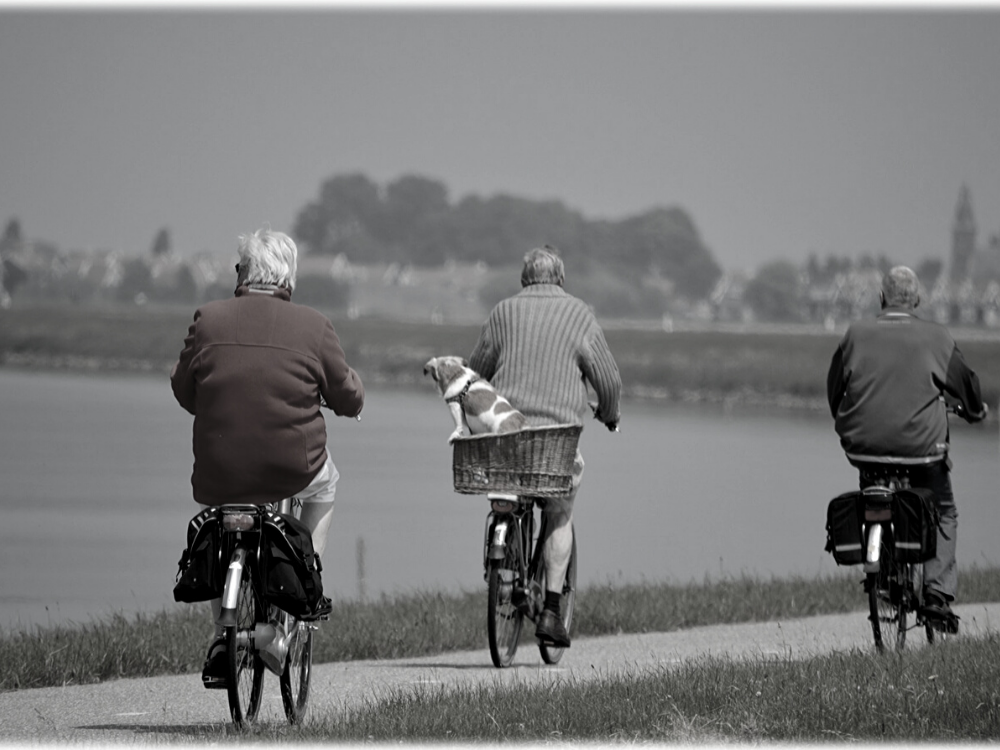 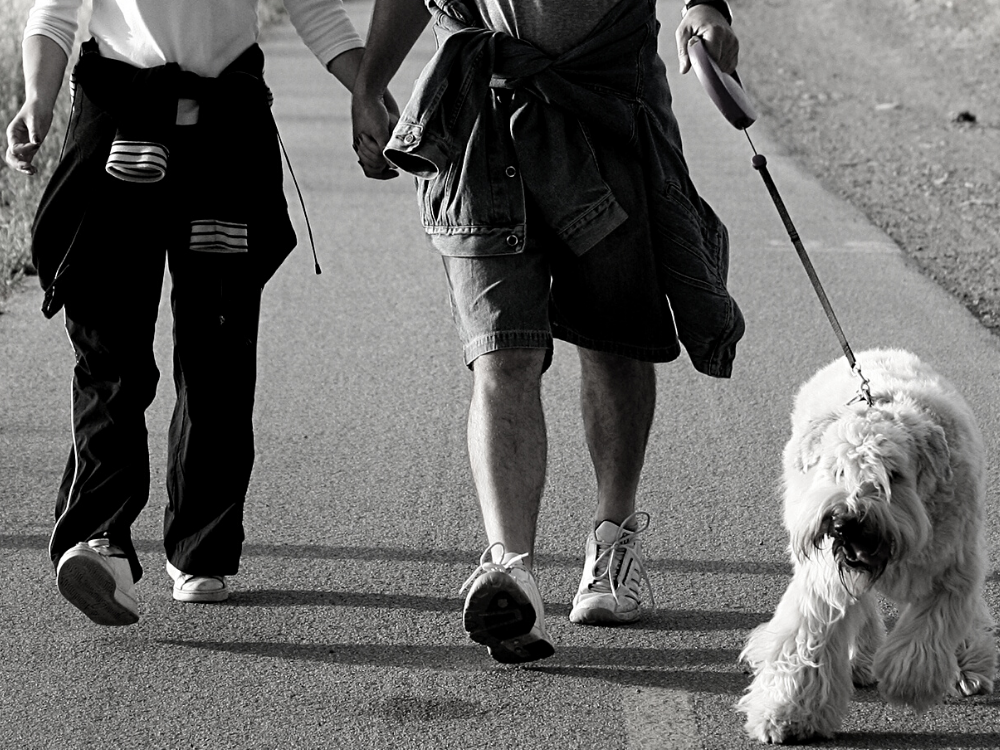 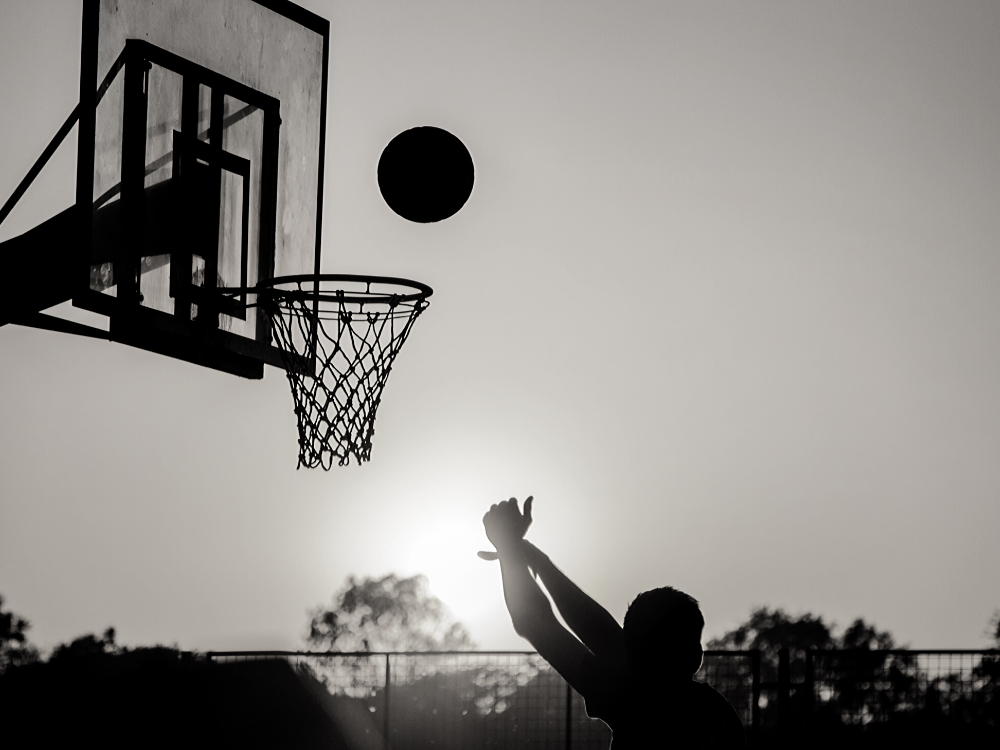 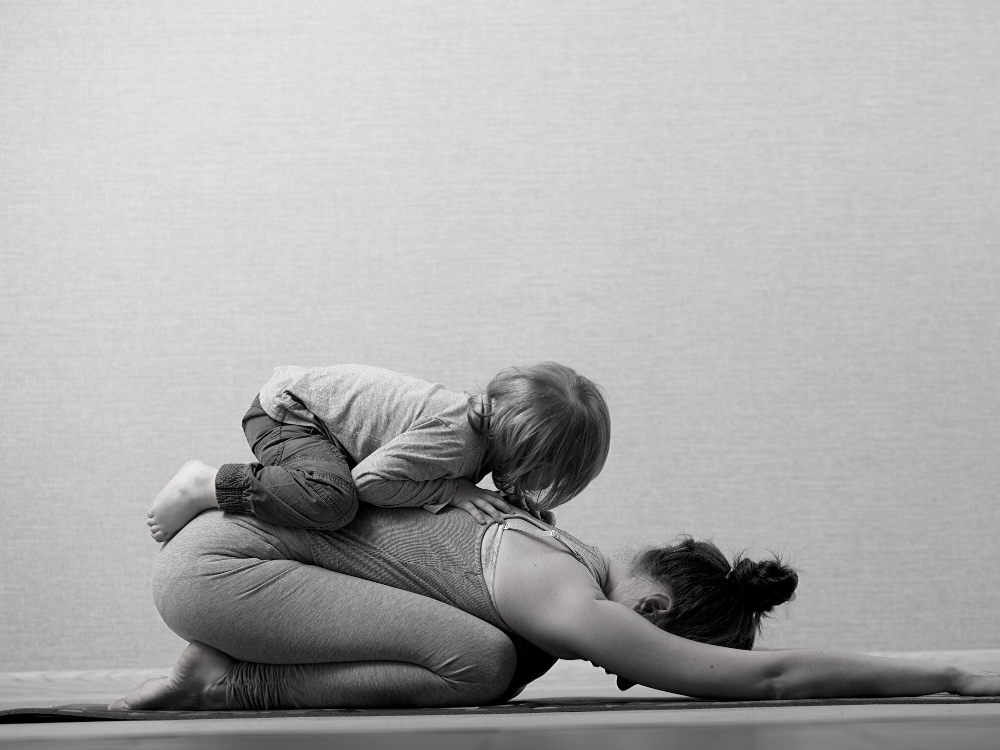 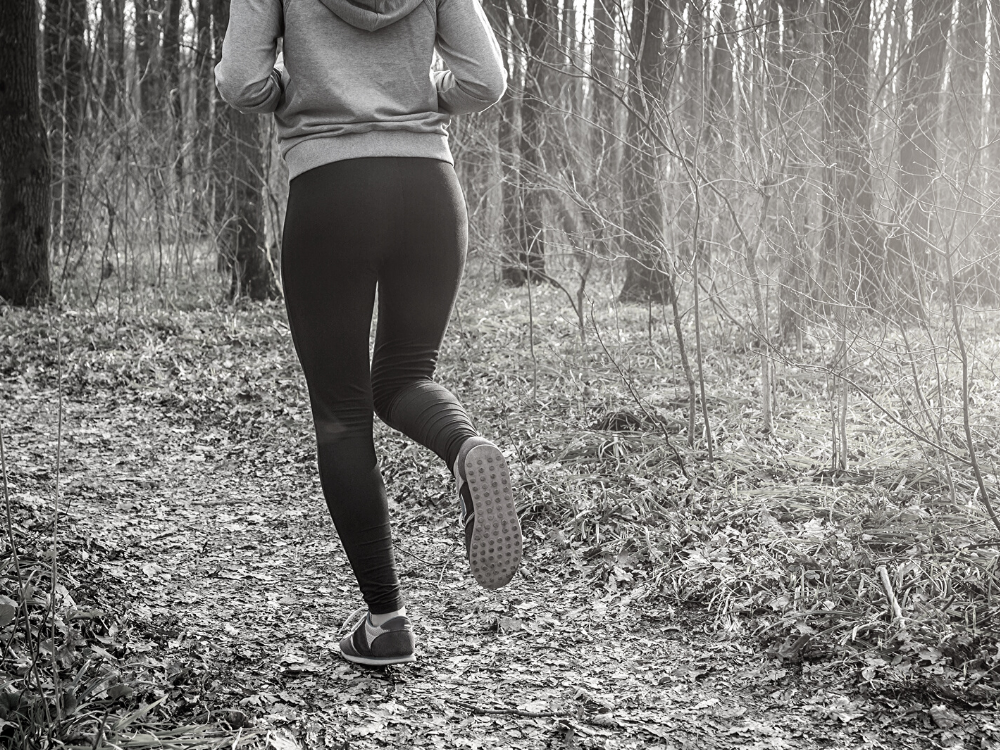 ‘But I hate running!’ I hear you say

I fully appreciate that running is not everyone’s cup of tea. While things like parkrun and Couch to 5K are fantastic inclusive projects that welcome anybody into the running community, some people just really don’t want to run, or perhaps have been advised not to run on medical grounds.

You don’t have to.

Just because I’ve harped on about running, it doesn’t mean to say that running has to be your ‘thing’. Doing something that isn’t your ‘thing’ is going to do more harm than good to your mental wellbeing. It’s not a failure if you don’t catch the running bug. Find something else that works for you. Mind has a great deal of advice on finding the right kind of activity for you.

Many of us have jobs that involve sitting on our backsides, hunching up our shoulders, and concentrating on screens for long periods of time. But we must do more to balance this out by taking breaks. We need to move around, loosen up, get the heart rate going, and take some fresh air into our lungs when we can. That doesn’t have to be a crazy daily running challenge – not even I am going to sustain that. But maybe go for a walk on your lunch break, do fifteen minutes of yoga before bed, or get in touch with a local club if you fancy trying out a new sport.

If you or anyone you know needs support or information around mental health, please get in touch with Mind.

If you would like to make a donation to Coventry & Warwickshire Mind after reading my RED January story, any contributions would be gratefully received and put to good use.

And if you would like to mix your running with your support for others in a different way, have a look at takeheartxo on Facebook or perhaps see if there’s a GoodGym project local to you.

Take care of yourselves.