At the end of October, my most rewarding piece of work to date drew to a close. From a personal point of view I feel a bit sad. On another level I am so happy to have made a little contribution to something that will have a lasting impact on so many. I’ve helped to write myself out of a job, and in this case that’s a good thing. Read on to find out how I worked with the Aplastic Anaemia Trust as a writer and proofreader to develop their exciting new library of resources.

I first heard from Leena from the Aplastic Anaemia Trust in June 2020. She’d found me online as a plain English proofreader local to her, and visited my website to find out more. She recognised my photo and found that our paths had crossed years ago when we both worked in children’s services at Warwickshire County Council.

Leena had been working with a copywriter to develop a series of age-appropriate factsheets for children, young people, young adults and their families. She wanted me to proofread them and do some small tidy-ups before they went to the designer. Little did I know that this would be just the beginning of my involvement with this brilliant project.

The Aplastic Anaemia Trust is a small UK charity that offers support and advice and enables connections within the aplastic anaemia community. They have also been able to fund vital research projects. While they had already developed a range of patient information for adults, they knew from families and leading consultants that support for younger patients was distinctly lacking.

In 2019, the Aplastic Anaemia Trust applied successfully to the National Lottery Community Fund, and the MarrowKidz programme was born. As programme manager for MarrowKidz, Leena set about planning what this exciting project was going to deliver for the young aplastic anaemia community over its two-year lifespan.

Sadly, we all know what happened in 2020, and many activities had to be put on hold. MarrowKidz wasn’t able to work with young people and families face to face, patients were clinically vulnerable and shielding, and many consultants – who were going to be key sources of guidance – were working tirelessly at the frontline of the pandemic. All engagement and communication therefore had to be done virtually. The National Lottery Community Fund thankfully agreed a six-month extension to October 2021 so the programme could deliver new outcomes adapted to the developing situation. 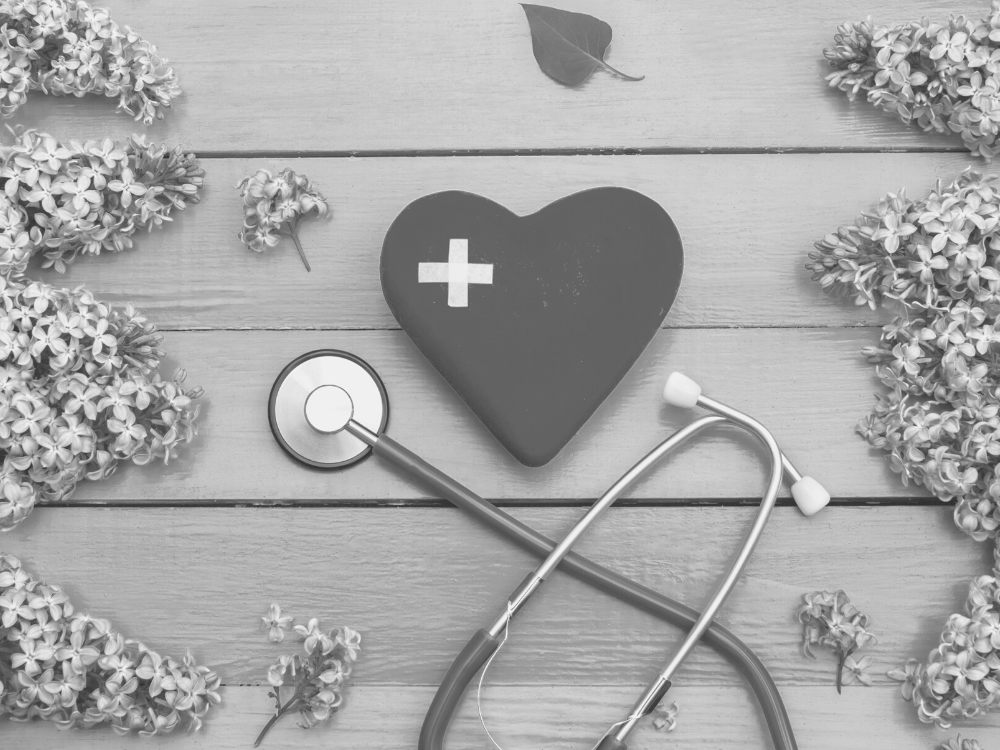 Following that initial proofread/edit of the factsheets, Leena asked me to develop one of them into versions for two younger age groups, and these became part of the set. When I had completed all the writing and editing, she sent them to a designer, who did a fantastic job of bringing them to life. They came back to me as beautiful, eye-catching, simple but effective documents. I then did a final proofread before they went to print and publication. In the autumn of 2020, I received a gorgeous bundle through the post – the first set of resources for children, young people, young adults and families – in advance of the official MarrowKidz launch in November. Already, that was 37 different sources of information and support they’d never had before!

At the beginning of 2021, the programme entered its second phase. By this time, I’d got to know the language and messages of the charity, and Leena and I had developed a good working relationship. I was therefore delighted when she asked me to be the copywriter for the next set of resources – six guides. These were going to be ‘meatier’ than the factsheets, including much more in the way of case studies and quotes from young patients, families and professionals, as well as the information and guidance itself. There were three age-appropriate guides for children, young people and young adults whose siblings had been diagnosed with aplastic anaemia; a guide for parents of babies and toddlers with aplastic anaemia; and two guides for schools and other educational settings that have someone with the condition in their care.

I began by drafting an outline of each one, based on research and other similar patient information. Once Leena had approved the outlines, I set about writing. To do this, I had to put myself in the readers’ shoes and think about what they needed and wanted to hear. Sometimes that might be hand-holding and reassurance; other times it might be straightforward facts. The most exciting stage, however, was when Leena started sending me the case studies, patient experiences and quotes. The voices of young people, their families, their teachers and their consultants told the real story. I needed to make sure they took centre stage, with my words just providing a structure and context for these stories to hang on. I’ve never met or had direct contact with any of these people, but I am so grateful to them for letting me help tell their stories. I have learnt so much from them.

Following a few rounds of consultation, feedback and editing at the Word document stage, it was time for the designer to work her magic again. While this was happening, I did a bit more proofreading for some other lovely MarrowKidz resources that Leena and the team were developing concurrently – the script for an animation and the text for a picture book for young children.

It can be a dangerous game to proofread your own writing, and in traditional publishing you’d usually also have different people doing the copyediting and proofreading. We can easily read what we think is there, rather than what’s actually there. I therefore felt like I was treading on thin ice by being the writer, the editor and the proofreader.

Leena and I talked through this before the final proofreading stage, and we decided I’d still be the best person for the job. I knew exactly what was needed, and could put in measures to mitigate the risk. First, there was the gap between the writing/editing and proofreading stages. This had allowed me some breathing space and distance away from the text. I’d worked on unrelated things for other clients during that time, and was no longer immersed in the words I’d written. Second, seeing the documents in their fully designed formats made them feel like entirely new pieces. They seemed a far cry from the ones I’d written as dull paragraphs of black and white.

So, with confidence, I set about proofreading the final designed copies, using a comprehensive checklist of elements to go through in sequence. Having this structure to my proofreading helped me to ensure everything was covered at least once. As a failsafe, I also used Adobe’s ‘Read aloud’ feature, having the computer read each page of text out to me. This approach really helps with identifying small typos that are easily missed, dodgy punctuation and missed/repeated words. The computer will always read exactly what’s there – unlike the human brain, which is too good at guessing and filling in gaps!

The six guides and the other Phase 2 resources were published in summer 2021.

September came around quickly and Leena was back in touch for one final push before the funded programme officially came to a close. It’s been tight, but we have now produced a further guide for professionals working for a partner charity.

The final piece I worked on was a real revelation – the final programme report. While I was beavering away writing, every day Leena would let me know of a new piece of feedback or positive quote someone had sent in for us to use. Or there were some new numbers to cite about how many new families were now being supported; how many young people had been involved in the production of the resources and will continue to advise the Aplastic Anaemia Trust via the new Youth Board; how many paediatric and haematology consultants are now within the charity’s reach; or how many copies of the guides had been ordered. It’s not for me to report the specifics here, but it’s been overwhelmingly positive.

It’s only through supporting Leena with the report that I’ve truly realised the difference this has already made and will continue to make for many years to come. I’ve learnt that the resources have been reused or repurposed for other similar charities (in the UK and globally). They are even being translated into German for the equivalent national charity there.

I am immensely proud of what we have achieved, and it’s wonderful to know that something I’ve worked on is having such a beneficial impact. But this is not my project, and I can only take credit for the small contribution I have made.

Thank you to Leena and the Aplastic Anaemia Trust for giving me the opportunity to get involved in such an inspiring and worthwhile project. Thanks, in turn, to the National Lottery Community Fund for enabling such a small charity to do something so big. And of course most importantly, an enormous thank you to everyone from the aplastic anaemia community who has let me help with telling their stories. It has been a privilege to play a small part in enabling you to make a difference to so many others.

The client perspective, by Leena O’Hara

I was fortunate to work with some super-talented individuals on the MarrowKidz programme, and Lisa was no exception. Lisa immediately understood how to differentiate the content for a range of audiences and ages. She carefully considered the tone, choice of words and level of detail required, which resulted in beautifully crafted, tailored publications. She focused on writing sensitively and in a reassuring way for parents and carers, and gave careful consideration and respect in her writing for health professionals, who had substantial expertise.

The quality of the work produced speaks for itself and is available to view on the MarrowKidz website. For me though, how we worked together made it a joy to collaborate with Lisa. She was open to new ideas and change, but maintained consistency, which was essential when producing the number of new resources we were working on at the time. I was thrilled to involve Lisa at a deeper level in the second phase of this programme. The timeframes in this phase were ambitious, and we set up weekly Monday morning meetings on Teams to review progress and plan work ahead. These meetings kept momentum high throughout this phase and were the highlight of my week!

Find out more about aplastic anaemia and get involved with the Aplastic Anaemia Trust:
https://www.theaat.org.uk/

Find out more about the MarrowKidz programme and look at the resources for children, young people, young adults, families and education settings:
https://www.theaat.org.uk/marrowkidz

Take a look through the MarrowKidz final programme report to see what the programme has achieved and the difference it is already making to the aplastic anaemia community:
https://www.theaat.org.uk/marrowkidz-end-of-programme-report

If you or someone you know needs support around aplastic anaemia, please get in touch via the Aplastic Anaemia Trust’s support line, by email or through their closed community Facebook group:
https://www.theaat.org.uk/support-line